63% of school-aged children who live in Nairobi’s informal settlements attend private, non-state schools rather than a free government school. This is despite the fact that free, public education is a guaranteed right in Kenya. While private schools in the informal settlements are relatively cheap, parents still pay twice as much for these schools than they would for public education (even after accounting for widespread rent-seeking within the public school system). This trend is not unique to Nairobi or even Kenya. Low-cost, private education provision is also common among the urban poor in places like Indonesia, Pakistan, Nigeria, Liberia, and India. Why do some of the poorest residents of Nairobi and other major cities across the world choose to pay more for private school rather than lobby the government for improved public school?

Despite extensive research on the programmatic effects (i.e. test scores) of low-cost private schools, less attention has been paid to the political effects of this phenomenon. Building on my theory of non-state service providers as information signals, I argue that the prevalence of low-cost private schools may undermine incentives for citizens to monitor and support the public education system. I test this argument with observational and experimental data collected in Nairobi’s informal settlements. 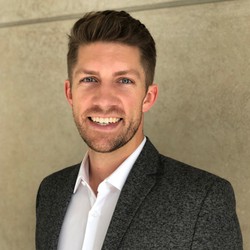